Where did all the good people go?

by missmelissawrites on February 23, 2015 in thinking • 16 Comments

I went back to Port Elizabeth the other day.

That small town on the Eastern Cape Coast I used to call home, a town that is often shaken to its core by the wind. The trees that survive are leaning, but resolute in the face of gales. It seems that not much happens there commercially, besides tyres and cars. It’s a poor man’s Detroit. It does, unlike Detroit, have lovely Indian Ocean beaches. You will never read about them in Surfer Magazine because, just like the town, the waves are too small and under powered for international acclaim.

However, those beaches are lovely and I don’t surf, so I took the freeway down at the first windless opportunity. The freeways in Port Elizabeth are a little odd. Some go nowhere and terminate in mid-air, while others swoop over town, past the harbour (and its acres of new cars, aching to get away) and then fling you out to Summerstrand, to the beach.

I started to worry when I saw gaps in the freeway safety railings. Some hardy tufts of grass  had sprung up in their place and although they filled the gaps they didn’t fill me with confidence. When I got down to Shark Rock, and saw the lifesaving club, my worry turned to sorrow. The club’s overhangs are host to the homeless and its dirty windows struggle to disguise the decay and disrepair that loiters inside. Next we passed the Oceanarium (before) 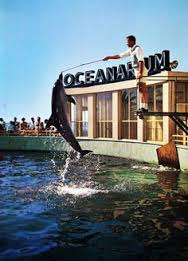 where the dolphin pool is boarded up and the aquarium boasts just a few fish tanks.

The dolphins were sent to Hong Kong and the ragged tooth sharks were set free in Algoa Bay.

My grief at these losses soon paled in comparison to a fearsome prospect. My children had spotted Super Tubes. These are nasty looking water slides that dominate the King’s Beach parking lot. I last rode them when Jon Bon Jovi was Living On a Prayer

As we approached, the slides towered over us, great blue silhouettes of doom in the morning sun. Their enclosure is flanked by a fetid little stream which, that morning, was thick with chip packets and soft drink cans. I glanced over my shoulder at my car, and measured the distance between it and the punks in the skate board park, simultaneously tightening the straps of my backpack.

“Girls,” I said. “Make sure you keep your mouths shut when you go down the slides.”

They turned, all wide eyed and innocent.

“Just look at the stream,” I said, trying not to sound neurotic. “We don’t know how clean they keep this place.”

I hoped they wouldn’t fall to their deaths in a place of disrepair. And then we went inside. I still had a tight grip on my backpack when the friendly lady at the front desk welcomed us with efficiency and grace. I didn’t sit for a minute or turn my back when the children took to the  slides. My eyes were peeled and my inner ninja was ready. My first clue that I had it wrong should have been the cleanliness. The second should have been the army of lifeguards. And the third clue should have been the layers of blue paint on the slides that were so obviously a recent application. Then a man approached. I ignored the clues and suppressed my irritation.  A stranger, with a goatee and a pair of Crocs. Seriously? Crocs? And soon it became clear he was coming over for a chat and I was back in 1987, wishing for Bon Jovi but seeing only awkward boys with army haircuts, dark skin and pale blue eyes. I steeled myself. What could the man in the Crocs want with me? “Would they like a Go Pro?” he said, pointing to my children. My children, who had embraced his sparkling place with it’s many layers of paint and vats of chlorine, this home-made oasis in a beachfront of decay. A Go Pro? The thing of kite surfers, snowboarders, mountain bikers and other such intrepid adventurers. The stuff of Surfer Magazine and Mavericks, of Mount Everest and Bear Grylls. But not what I expected in Port Elizabeth, from this mild man in Crocs.

I looked out past his little establishment and saw what he was up against. A faded beach named after a long dead king, with its heaps of ore lying near the harbour wall, waiting for the next ship out. A plane flew over, low and loud as it made its descent, casting a shadow on the slides. 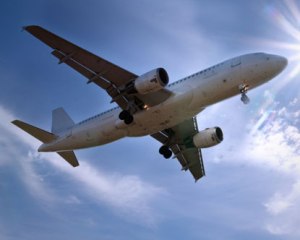 Yet the water surged on.  A few dark clouds followed, but the cheerful stereo system kept going. “Roer jou voete” it urged, move your feet. “Sure,” I said. Why not? So the girls took the Go-Pro and the man in the Crocs took my email. The lifeguards kept vigil in their red shirts, and I relaxed my grip on the backpack. Over and over the children slid and laughed, they were helped by the slide attendants, they learned some Afrikaans and they made a few friends. True to the man in the Crocs’ word I got an edited version of the Go-Pro footage that night and I remembered what it is that keeps my hometown in my heart. There are no Wonders of the World to see in Port Elizabeth. You can’t stand where the two oceans meet or hike through miles of fynbos. You can’t drink cocktails at Caprice or choose from which cellar you will taste wine. There is only one Zara and one Vida E Caffe. There’s no Super Rugby team, and the Springboks don’t call very often. But down in Port Elizabeth you will find a bunch of good people. People who work hard to make a living out of limited opportunity. People who are true to their values and keep their word. People who are kind in the midst of decay. People who keep on keeping on. “Where did all the Good People Go?” sings Jack Johnson. Well, I think I know. 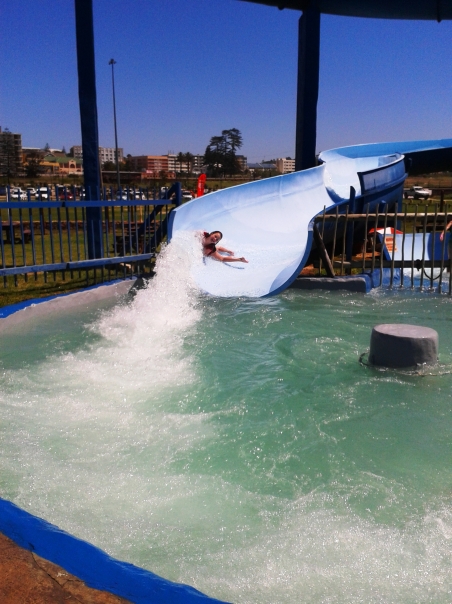 One thought on “Where did all the good people go?”