When motherhood is elusive: What you need to survive IVF

That night it was my turn to host book club.
The phone rang, shrill above the chatter. With the books on the coffee table and a wine glass in my hand, I took the call. It was the doctor. He didn’t soften his diagnosis with euphemisms.
“You will probably never have children,” he said.
I crouched over the phone, trying to absorb the results of routine tests.
“There’s a treatment that might work,” he added.
It seemed like an afterthought, a hope that I couldn’t quite believe in.
I didn’t know what I was going to do, crouched over that phone, surrounded by the buzz of book conversation.
The only thing I knew was that I had a choice.

Tears came in their good time, as they must, but that night I chose courage as my default setting. First I was going to host book club. Then I was going to get through the next day, and then the one after that, whether I became a mother not. And you know what?  I did. I’m still here, quite a few traumas, a lot of anxiety, floods of tears and a good couple of years later.

I know how it feels when motherhood isn’t working out for you. How all the hoping, waiting and despairing can pervade you.

It can be overwhelming, the rush of information, advice and the financial burden. You know you need the doctors, the treatment and the medications, but there are a few simple things you don’t know you need that will lighten your load. Trust me.

So this is for you, the sad and the tearful, the anxious and the hopeful, the frightened and the doubtful, but always the courageous and the brave, those whom motherhood eludes:

The Things No One Tells You That Will Help You Survive IVF.

1. Chocolate eggs. Chocolate, because well, chocolate. But get the little ones, like speckled eggs, ones you can munch surreptitiously during the hours you’ll wait in doctors rooms. They’ll also remind you of all the lovely eggs those hormone injections are going to produce.

2. A good book about overcoming adversity. For the waiting. The waiting room, waiting in the hospital bed and the awful waiting period between the embryo transfer and the pregnancy test. I was waiting before Lance got busted, so I read It’s Not About the Bike. But you could go old school and bring along Endurance, (Its about Shackleton & his men beset by ice at South Pole. For, like a year. With no email or mobile) or Unbroken, (about Zamperini surviving a plane crash, drifting on a raft (again, no mobile service, no wifi) and then surviving a Japanese POW camp. You could also try Soul Surfer (Bethany Hamilton survives a shark attack) or Touching the Void (climber crawling to safety out of the Andes) Other peoples trials always put yours in perspective. 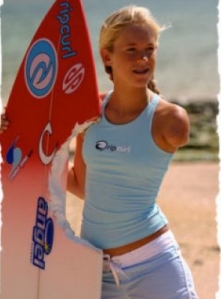 3. Embrace cryotherapy. They want to freeze eggs and embryos and who knows what else and you’re freaked out, thinking OMW is this like a cheap Sci Fi movie with my maybe-baby in the starring role? Its all good. Embryos, unlike you, can freeze, wait, defrost and live on. They’re flexible that way. 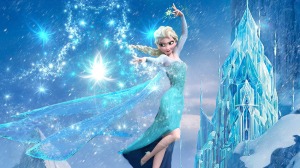 4. Let the paranoia go. Nope,they’re not going to muddle up your genetic matter with the stranger in the neighbouring bed. 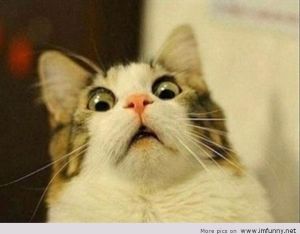 5. Abdominal Injection Courage. Your derriere is not the only pincushion in the mix, darling. The subcutaneous abdominal injection isn’t painful, but its up there with cryotherapy on the weird-ometer. So get your brave on and get ready for some sideways needle.

6. Chit-chat with the Nice Embryologist. That’s the person who moves Embryos around during the transfer, fetches them from their petri dish, brings them over in an elongated vessel, assists with getting them in the right spot. He’ll make a bit of small talk, some friendly banter, while you lie in a state of discomfort and indignity, wide awake to receive a maybe-baby (Or two. Or three.) Focus on the chit-chat  and not the weight of the universe you’re carrying around. Pic credit: Overlake Reproductive Health

7. A girl friend with whom you can be at your grumpiest without judgement. Your significant other will be significantly annoying through your hormone colored glasses. Dispense with him for the moment and stick with the girl friend.

8. A bottle of Panado. The whole thing is a headache but the hormone injections can also deliver a forehead crushing cracker.

9. The Choice of Solitude or Company.  Some days you’ll want to talk about it and some days you won’t. Allow yourself whichever you need. Choose to be with people who get that.

10. Information on the great work that is accomplished in our public hospitals. Tygerberg Hospital has a programme that has made IVF more affordable. http://www.health-e.org.za/2015/01/15/cutting-cost-conceive/ 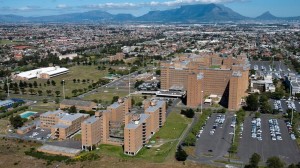 Motherhood did not elude me forever, thanks to doctors & staff (including a lovely embryologist) at Aevitas, Tygerberg, Vincent Palotti & Greenacres hospitals. But it was also thanks to unquantifiable and uncontrollable stuff.

Who knows why some embryos implant and others don’t?

Sometimes tears still take me by surprise. When I watch an interview with patients going through IVF, or when I talk about it again out loud. Sometimes I choke up when I take the freeway exit  near the Vincent Pallotti hospital. I’ve never been back to Tygerberg. Can I even? I don’t know. Emotions I never knew I had come back at the oddest moments. Would they overwhelm me in the place where the depth of my grief was explored? That hospital where the lengthy grass, the seventies decor and the gentle decay belie the kindness and the skill that dwells within.

But I remember that night, that night of my book club, when I chose courage. I chose to be strong and to get through, no matter what. And as in life, so in motherhood, and in the grief we feel when motherhood eludes us, we can choose to get through. Yes, we grieve at our losses, but we can also pave the road ahead of us with good decisions. Decisions to be positive,to be brave, to be kind and to be thoughtful. Then, although sad, although grieving, the road ahead of us becomes smoother and so we  make our way, one step at a time. That’s the only way I know how to get through.

← The Essentials of the Unpublished Author
The Reluctant Entrepreneur: 13 Things I Learned in Small Business →

One thought on “When motherhood is elusive: What you need to survive IVF”