by missmelissawrites on June 6, 2016 in surfing, thinking, traveling • 7 Comments

There isn’t a day I paddle out into False Bay that I don’t think about sharks. 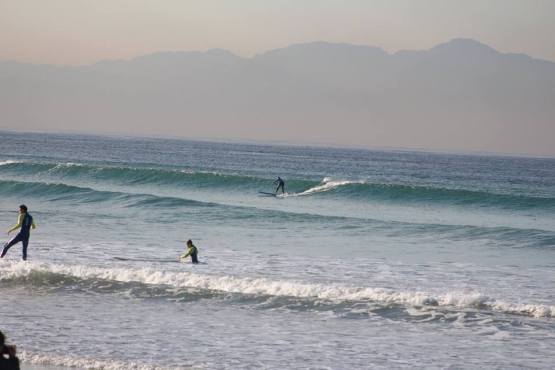 I have seen the aerial photos. I have watched the National Geographic documentaries. I know the sharks are there. Great Whites. Bronze Whalers, Raggies. But mostly Great White sharks. On a clear day you can see Seal Island, their hunting ground, from Baden Powell Drive. I know people who have seen them swim under their board. My husband saw a Great White swim under him at Arniston and was circled by a Zambezi at Port Edward. And then there’s the Mick Fanning at J-Bay  encounter. I don’t even need to explain that.

There have been enough shark incidents along the South African coastline to keep the grey fellas front and centre of my mind when I am in the water. You can read up on all the Shark Attack Data  if you want to get the stats sorted in your head.

I never surf in front of the river mouth at Muizenberg. I’m not sure if it’s urban legend or if sharks really do chill out down there, but I’m not going to find out. I also never am the person furthest out at backline, never isolated away from the rest. I surf a SUP so I can see what’s happening and keep my toes out of the water.  And when I fall?  That’s when the word Quicksilver is real.  Back on the board, faster than lightning.

But here’s the thing. As much as I am scared of sharks, I make that choice to go out. I take the risk. I could analyse the road death toll statistics and decide not to drive my car. Or I could weigh up the risk logically and get behind the wheel. Statistically, I think my chances are better at Muizenberg than on the M3 highway.

Anyway. Here’s the main thing. If a shark does bite me? Don’t go hunting it down to kill it. I go there knowing sharks live in the ocean. You can’t change apex predators behavior. You’re killing them for doing what they do. It feels like when the colonialists (and others who still hunt for similar reasons) came to Africa and killed the big five wildlife for sport. It seems antiquated and bizarre. By all means, have a paddle out, throw flowers in the ocean for me, but don’t go killing the creatures You see,  a post incident semi-random shark cull/hunt/ whatever they call it over in Western Australia, is just ridiculous, especially of a vulnerable species.

I was shattered to read of the death of Ben Gerring after heroic efforts to save him following a shark attack south of Perth.  But when his father paid tribute to his late son, he added that he disagreed with killing sharks completely .

University of Sydney lecturer, Christopher Neff, says “The catch and kill policy is not a shark bite prevention policy — it is political theatre”

He adds,  “And it’s a shame because it basically takes a terrible situation that happened to people, like this gentleman, and makes it worse by suggesting the solution to the problem is to kill an individual shark.

“That’s not the solution to the problem.”

Dr Neff has worked in South Africa, tagging sharks. He believes this to be the most effective solution.

“That technology is a significant advancement that is being used in Cape Town and being picked up around the world.”

(You can read more from Dr Christopher Neff HERE  )

I am extremely thankful for the work done in Cape Town by the taggers at Osearch (there’s even APP where you can track the tagged sharks yourself).

I am proud and super thankful for the tireless efforts of the Shark Spotters   I have been out at the back at Muizenberg when the  shark sighting siren has gone off. Those are moments of gratitude. 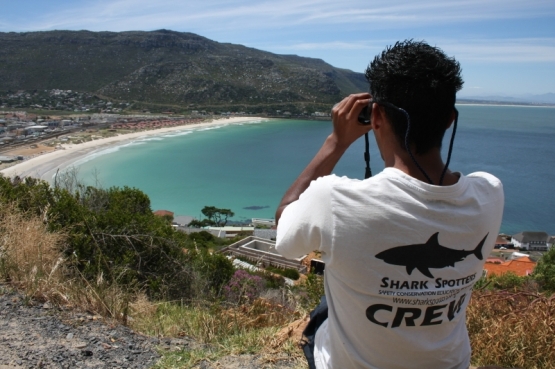 In light of this, I struggled to understand the shark cull and was glad to hear of it’s abandonment in 2014. But there is still a drive to go out and hunt sharks after a fatal incident, despite the fact that the WWF shows they are a Vulnerable Species. (They call this shark hunting a serious threat policy )  The problem is that more white sharks could be killed as a result of this policy than were killed in the cull drum lines.

The reporting style used around shark incidents doesn’t help either. Words & phrases like savaged, mauled, monster  are questionable in their relation to accuracy and the facts.

I do look around me at Muizenberg when I am out at the back, thinking about sharks.  I see the guys and girls in the water and I wonder which one I might have to help? Or which one will come to my assistance?

What I do know, what I can count on, is that every single time a shark incident occurs,  these guys & girls pull together. They are brave and heroic out there. No surfer has ever been left by his mates to the devices of a shark, no matter what beach, no matter the size of the shark, nor the severity of the bite. Someone always paddles over to help. Someone always uses a leash as a tourniquet. Someone always brings him or her in on their surfboard. I also know of very few surfers (the humans who are at greatest risk)  who call for a shark cull.

So while we muddle through how to solve this problem, how to preserve human life and preserve our environment, I know that when lives are at stake, the aloha spirit prevails. Lets keep extending that spirit to the environment and it’s creatures too.

← Butterfly memories
Finding her balance – the journey of a SUP mama →

One thought on “The shark thing.”