The best love story writers are…

by missmelissawrites on October 4, 2017 in writing • 0 Comments

Some of the best romance writers out there are country music stars.

Last night, outta the blue
Drifting off to the evening news
She said “Honey, what would you do
If you’d never met me”
I just laughed, said “I don’t know,
But I could take a couple guesses though”
And then tried to dig real deep,
Said, “Darling honestly,

I’d do a lot more offshore fishing
I’d probably eat more drive-thru chicken
Take a few strokes off my golf game
If I’d have never known your name
I’d still be driving that old green ‘Nova
I probably never would have heard of yoga
Be a better football fan
But if I was a single man
Alone and out there on the loose
Well I’d be looking for a woman like you.”

I could tell that got her attention
So I said, “Oh yeah, I forgot to mention,
I wouldn’t trade a single day
For a hundred years the other way.”
She just smiled and rolled her eyes,
‘Cause she’s heard all of my lines
I said, “Come on on girl, seriously
If I hadn’t been so lucky

I’d be shooting pool in my bachelor pad
Playing bass in my cover band
Restocking up cold Bud Light
Play poker every Tuesday night, yeah
I’d have a dirt bike in the shed
And not one throw pillow on the bed
I’d keep my cash in a coffee can
But if I was a single man
Alone and out there on the loose
Well I’d be looking for a woman like you.”

She knows what a mess I’d be if I didn’t have her here
But to be sure, I whispered in her ear
“You know I get sick deep-sea fishing
And you make the best fried chicken
I got a hopeless golf game
I love the sound of your name
I might miss that old green ‘Nova
But I love watching you do yoga
I’d take a gold band on my hand
Over being a single man
‘Cause honestly I don’t know what I’d do
If I’d never met a woman like you.

I played this for Rick and we laughed and laughed. Because I said up front I won’t ever agree to a dirt bike, plus by now I’ve also heard all his lines, and he definitely hates my throw pillows. But, just like in the story,  we don’t know what we would do without each other.

So good song writers (and authors) write stories that resonate. They echo common realities in our lives. Because the emotional landscape in stories is contrived, however,  writers are able to make it a more intense experience,  so us readers/listeners get an emotional high that we don’t get every single day in the routine of life. And that is why we read. Or listen to music. Because the stories connect with our emotions and make us feel.

The writing in a Woman Like You is the same kind of stuff that makes Nicholas Sparks the multi millionaire he is today.

In his debut novel, The Notebook, characters Noah and Allie’s love survives tough tests of class, war, time and disease to last a lifetime. We implore Allie to pick the sexy blue collar boy.  We hurt with Noah when she doesn’t write. We’re mad at her Mom for hiding the letters. We ache when she forgets/remembers Noah in her confused state of dementia.  Noah and Allie grow old together, and although in the book Allie dies, their love never does. How intense is that? 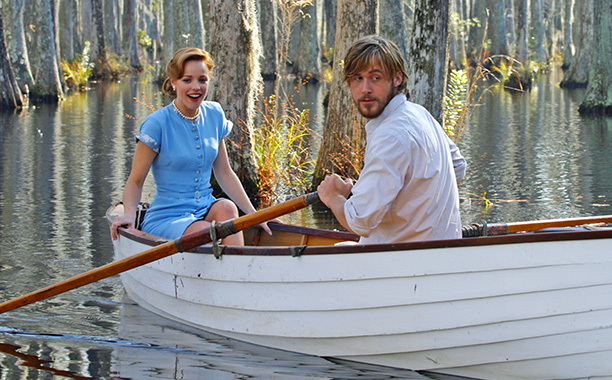 A romance novel  by definition, requires a Happy Ever After. (Or at bare minimum a Happy for Now.) You might be hard pressed to find that in some country songs. Author, Nicholas Sparks says he writes love stories, not romance, in order to be free of that requirement. He often kills the character off, but he never kills off the LOVE.

My mother comes from the countryside of the USA. She was born in Lake City, Iowa, to parents who had grown up around prairies. Her maternal grandfather worked in a grain elevator and her paternal grandfather, on the railroad.

But their real life country story was not without tragedy.

My grandmother left me a handwritten memoir in which she wrote about the death of her mother, from burn injuries sustained stoking the stove that kept the house warm in the freezing snowbound mid-west winters. She writes that the best times of her childhood were when they were all together and had enough food.

My childhood was vastly different. I grew up in the southern hemisphere sunshine with plenty of food. But a great deal of my good childhood memories involve exciting parcels received from the United States, sent months before by my grandmother and on occasion by her brother, my uncle Bud. They were full of foreign curiosities, possibly candy corn, tube socks, once even a dress with a bell sewed in the hem.

My Uncle Bud loved country music and he sent either 7-singles or tapes of songs he thought my mom would like, but I used to take them and listen to them over and over. So my childhood has a little sub-soundtrack of those songs.  I think there are very few country songs of that era that I don’t know, and many of them are love stories. 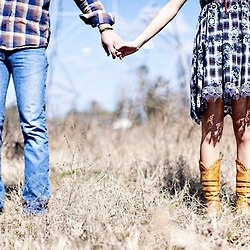 Songs like these are stories that connect with our emotions, whether it be about fear or, insecurity:

And this (As Original As You) is a Travel Writing/Love Story Combo.  I learned all the tourist facts about Washington DC from this li’l heart breaker.  (It did take me a few years to realize that a Thee-Eighter is in fact,  a Theatre)

But here’s an excerpt from the lyrics:

It’s so cold here in Chicago
The wind can cut you like a knife
Another day, another dollar
What a way to spend a life
She was young and I was restless
I set out to win the world
Said goodbye to my Virginia
And the Blue Ridge Mountain girl
I can see her standing by the window
And there’s nothing sadder in the world
Than those green eyes, all red from crying
Of my Blue Ridge Mountain girl
In my hands I hold a letter
That says she made a pretty bride
And as I lay here in the darkness
She lays by another’s side
I’ve got money in my pockets
Silver rings that I wear
But I’d trade them all this minute
For the gold that’s in her hair

It doesn’t have to be a human love story. Maybe you’re unlucky in love and your only  company is man’s best friend?  There’s even a  country music song for those emotions:

Yeah. Roll your eyes, y’all, if you must. But you have to admit that some of the best love story writers in the world hang their hat in Nashville.

*Lee Brice (A Woman Like You) hails from Charleston, South Carolina, which happens to be one of my favorite cities in the US.  Nice weather, plenty of beaches, waterways for stand up paddle, and a chilled Southern vibe. Brice was also playing in the Route 91 Harvest Festival over in Las Vegas two nights before the terrible mass shooting.

← Why Voice is Everything in Writing
The Pantsters guide to NaNoWriMo2017 →