The Pantsters guide to NaNoWriMo2017

by missmelissawrites on October 11, 2017 in thinking, writing • 0 Comments

You don’t need to be a writer to participate, but I can assure you that  you will be one afterward.  The point of NaNoWriMo is to get in a writing routine (because you are forced to) and  to regurgitate that festering inner novel in it’s worst form as a first draft. Then you can spend the rest of 2018 (and possibly the rest of your life) making it *mooi.

I did NaNoWriMo in 2015 to finish a book I started in the June of that year.  I started writing that particular book to stave off the bitter disappointment, wine drinking and general self-loathing that came with querying a previously written manuscript. 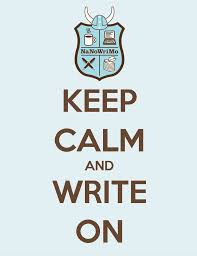 But lo and behold.  Thanks to an accusing graph that tracks your progress and a supportive NaNo community, I finished the new manuscript.  That very story will be published in April 2018 by Literary Wanderlust . (It has been edited a zillion times since NaNo, but without that first rough draft, a wretched word regurgitation, there would be no book.)

I did not prepare for NaNoWriMo2015. I fell into the category of a pantster (Geddit?  I worked off the seat of my pants) instead of a plotter (What’s that? Sounds like the literary form of adulting.)

How about you?  Are you a plotter or a pantster? (You can read more about the concept here at Jane Friedman)

I’ve now written two novels as a pantster. (One of the most famous pantsters is Stephen King, btw, so no I’m-not-a-real-writer guilt is necessary if that is your creative process.)

My favourite thing about being a pantster is how exciting it is to see the organic growth of your novel. Ideas start to flow as you start writing, even if you don’t really know how it is going to develop in detail.

But here’s the thing. If you don’t open the faucet, ain’t nothing gonna flow. See NaNo as that faucet.  Sit down in November and just open the tap. Don’t shape. Don’t correct. Don’t look back. Just let the creativity flow.

This year I seem busier than 2015. Might be that I started a small business. Might be that my children have fuller schedules and need me more. Might be that I surf too much. (No.  You can never surf to much. Scratch that.)  Unfortunately, my 2016 NaNo was a flop. Three days and I quit. 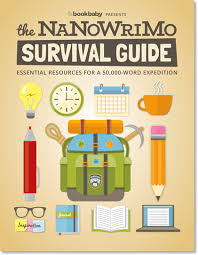 Writing another book for some reason now seems like a lot of hard work and emotional turmoil. (Oh yes. Because it is.) So guess what? This year I am trying to adult. I am trying to actually prepare my NaNoWriMo so as not to 2016. I am trying to be a plotter. So I was delighted to discover Jami Gold’s concept:

“Lost Your Pants? An Impatient Writer’s Guide to Plotting a Story.”

Basically, Plotting for Pantsters is my new crush so I downloaded the Romance Beat Sheet (you will find it here on Jami’s page. ) You can use a beat sheet before or after NaNoWriMo, find out How HERE

The working title is:The Green Cathedral (lots of drama llama in there I hope)

I love an environmental conflict (wind farms, fracking) so this time it will revolve around the state of the oceans and shark conservation. My female characters are smart and strong, so there is probably a scientist in there. I have some ideas and a few notes on my beat sheet, but remember, I’m a panster at heart, so let’s see what comes to the surface in Nanowrimo 2017.

In Stand Up Paddle racing they say “Paddles Up” at the start line. I hope your fingers are up, hovering over the keyboard, ready to race, because the heat is on. 50K words in a month is no joke. Take your marks. Get set. It’s NaNoWriMo

There is also a  Young Writers Programme at  NaNoWriMo with a lower word count.